I had been putting off a visit to Biryani Kitchen, a restaurant located in downtown Warsaw specializing in Indian cuisine, because I had always tried to avoid visiting food establishments shortly after they opened. The amount of comments and inquiries I had received about the restaurant, however, made me toss that rule out the window. At the end of our meal, I’m glad I did.

Setting
Biryani Kitchen sits in the previous Oak and Alley location with the same alley entrance. This doesn’t make for an ideal restaurant layout but the owners have made it work. The O&A barstools have been replaced by a buffet table while four tops still line the north wall with a ten top table sitting under the former server’s window to the kitchen.

While I realize it’s probably a lot of work and space may be limited, I wish they would move the lunch buffet setup out of the main dining area during their dinner service. I don’t know of any other restaurant that leaves their buffet setup out when it’s not in use. If the buffet setup is moved, that space could be filled with tables or barstools to add more seating for their dinner hours. Maybe I’m just being extremely picky but if the owners of Biryani want to be taken seriously as a “dinner date” spot, that buffet setup needs to disappear with the last of the lunch crowd.

Service
The service was exemplary. Everyone was polite, checking in with us throughout the course of our meal. None of the visits were intrusive or excessive. They wanted to make sure their guests were enjoying ourselves and I can confirm that we were. No complaints here.

Food
I can’t tell you anything about the food at Biryani that you haven’t heard already. It was just as advertised if not better. The plates have no descriptions so make sure you have your smartphone with you so you can Google it or just ask the staff. They’ll be more than happy to explain it to you. Keep in mind that “mild” or “medium” might measure different levels of spicy with different plates. If you’re used to spicy food, start with medium and go from there. You can adjust it if needed when you inevitably return. 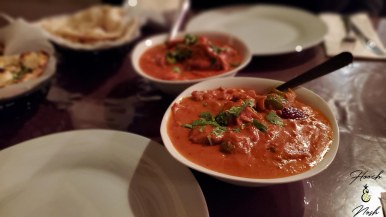 A couple of the delicious dishes available at Biryani Kitchen.

Make sure and get some naan bread. It’s a staple in India and not ordering it would be akin to going to a Mexican restaurant and not getting tortillas or going to Olive Garden and turning down the free breadsticks (Quelle horreur!). I’m not exactly sure how you’re supposed to incorporate naan bread into your meal but I’m sure there are thousands of videos on YouTube to educate you. I just faked my way through it.

Drinks
They don’t have adult beverages here and I really wish they did, even if it is just a beer and wine menu. Replace the buffet table with some barstools and a glass of wine or beer and I could imagine myself enjoying dinner here quite a bit, maybe even reclaiming my spot at the end of the bar. Oh how I miss those days ….

Conclusion
The fact that Biryani Kitchen exists in the first place is a testament to the continued evolution and expansion of our community’s appreciation for dishes beyond our borders. Twenty years ago, the only international cuisine available was the Chinese food at John Wong’s and Mexican. Today, flavorful fare such as the aforementioned along with Italian, Japanese, Thai, Indian, Cajun, Rua’s World cuisine and others can be found within a few miles of the county’s courthouse square.

There’s a nobler role for cuisine to offer communities beyond filling our bellies. It can be found in the exposure to other cultures that greets us within the walls of our local international food establishments. For many, enjoying a dinner at Biryani might be the closest they get to experiencing the Indian culture firsthand. From the food on the plates to the interactions with restaurant staff and from the music being piped into the room to the various items adorning the walls, the meal becomes a cultural immersion in all things India. Food might not change the world but if the whole encounter can open our eyes to other cultures, that’s a proud moment for our evolving Midwest melting pot. 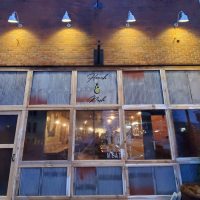 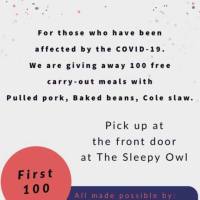 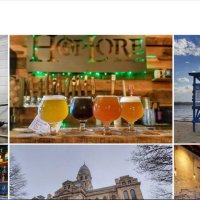